Gaining Access to a Career in IT – MENTZ Girls‘ Day

Magdalena, Maryam, Promedie, Anabela, and Rana met for the first time in front of the office building that houses MENTZ. They were participants in the first MENTZ Girls’ Day and excited about what lay ahead.

Any nervousness of the start of day was quickly eased. MENTZ employees Kara Rommerskirchen and Tanja Rosenberger had come up with a fun challenge to break the ice: former MENTZ trainees competed against the Girls’ Day team in the MENTZ Café to see who could build the highest tower with 20 pieces of spaghetti and a single marshmallow. The boys’ team narrowly won the contest, but everyone had fun in the process.

Girls’ Day is meant to provide practical experience in professions and fields of study in which women continue to be underrepresented. “We want to do our part to support young women in IT, science, and technology. We informed MENTZ employees and local schools that we were going to have a Girls’ Day at MENTZ,” explained Kristina Meine, who works in MENTZ’s Human Resources and co-organized the event. About 30 percent of the employees at MENTZ are women, which is significantly higher than the average for IT companies. Inside the company, women work as programmers, system administrators, and as heads of various teams or departments. One such Head of Department at MENTZ is Kara Rommerskirchen, who is responsible for the development of our transport planning system team that includes over 40 employees.

15-year-old Magdalena Wurzer was one of five participants at MENTZ’s Girls’ Day. “A bit down the road, I can easily see myself working in the field of IT,” said the ninth grader. Along with the other girls and with a little help from MENTZ system administrator Tanja Rosenberger, she learned how to put a PC together, insert a graphic card and hard drive, and then install an operating system. “When visiting the server room, we got to see how all the computers work in the background”, added Magdalena.

After a pizza lunch with a few other colleagues, the group visited a subway stop using a MENTZ app and a tablet. “Once we got to the station, we used the app to collect data: How many steps are there from the sidewalk to the platform, are there escalators and elevators? How wide is the elevator door and can someone in a wheelchair fit through it easily?” explained Magdalena. Back in the office, the participants were asked to perform a programming task on a MENTZ app.

At the end of the day, Managing Director Christoph Mentz personally stopped by to deliver a small gift and to present the five participants with a Girls’ Day certificate. “We were able to gain an impression of what it’s like to work in an IT company. We also learned about the different professions that exist within the company. We felt accepted right away. Everyone was super nice and took great care of us,” affirmed the 15-year-old. “I definitely plan on being back for next year’s Girls’ Day!” 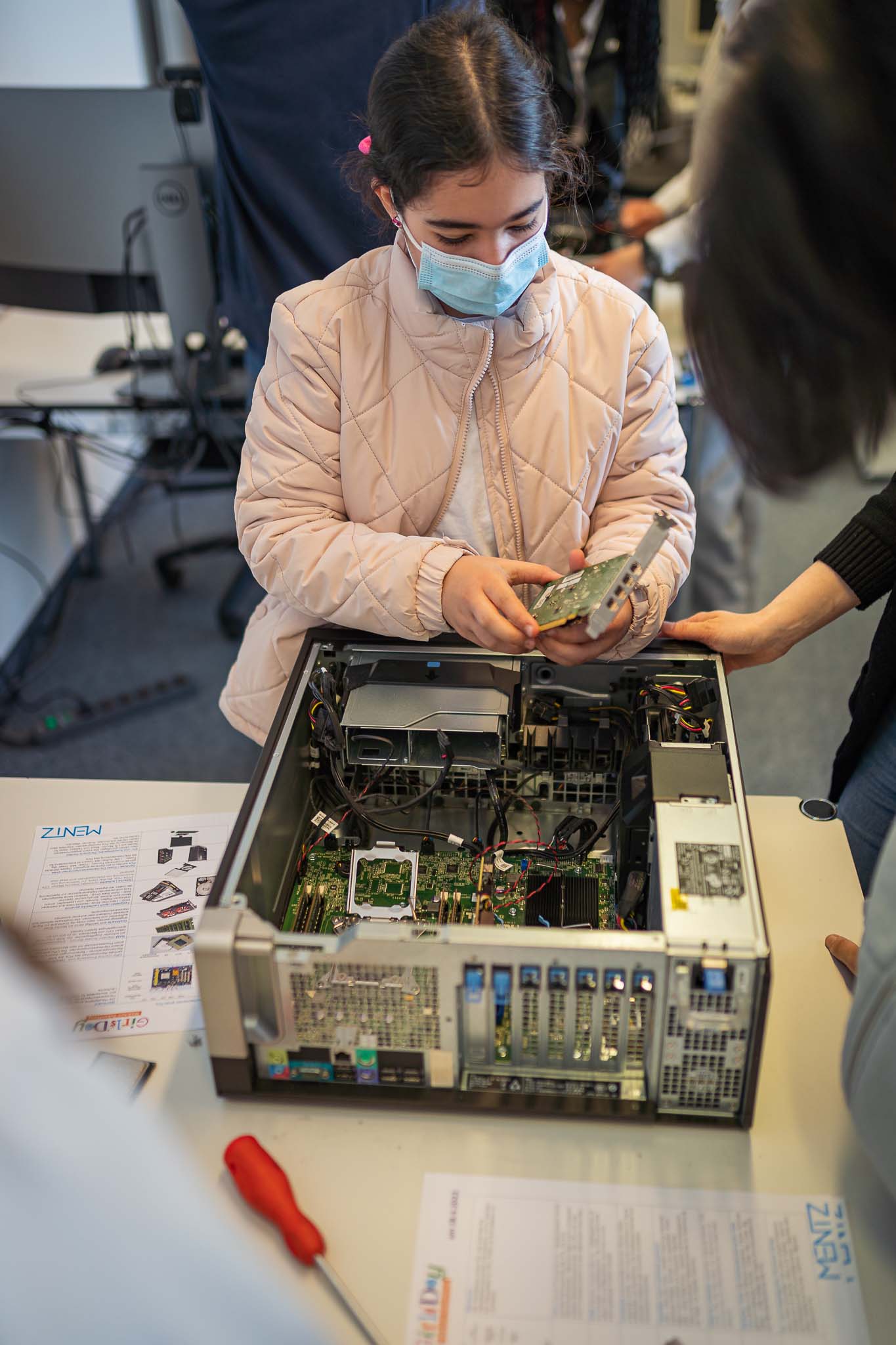 Your team and your benefits